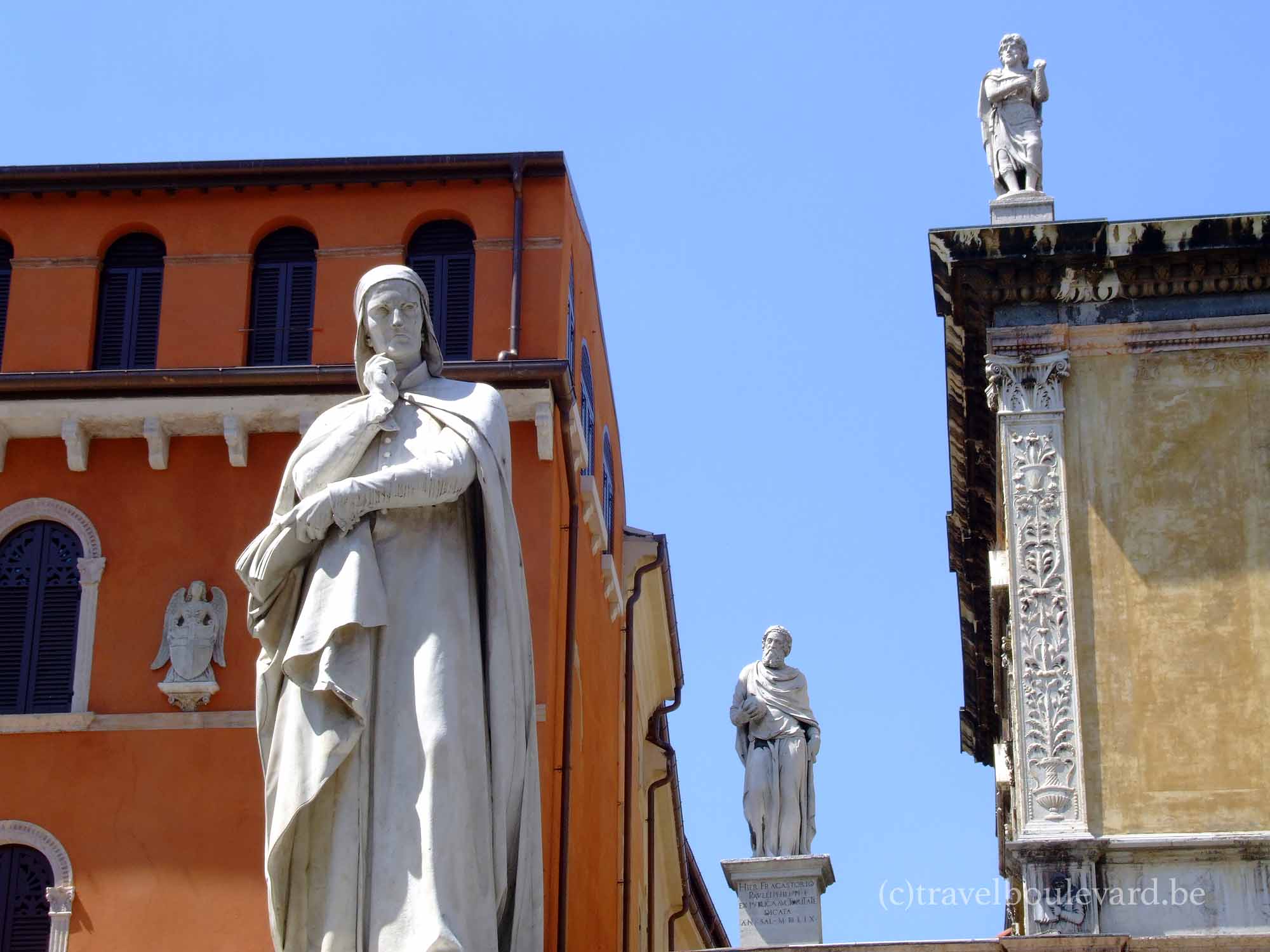 One day in Verona: 5 top things to do

The story of Romeo and Juliet may have been one of the main reasons why I wanted to go to Verona. But of-course this city has so much more to offer than just being a romantic location for a love story.

Verona is located between Milan and Venice and is bursting with Italian flair and lots of things to do and see. I only spent one day in Verona and didn’t have time to cover all the attractions. I left hungry for more, and will be traveling back to Verona for sure. So here are my 5 top things to do and see if you’re in a hurry.

1. Visit the Piazza delle Erbe, have a coffee

Can’t miss the Piazza delle Erbe: it’s the vibrant square in the heart of Verona. It used to be a Roman Forum and Verona’s old spice market. Until today the place is filled with market stalls, but now they’re selling fruits, vegetables and souvenirs. There are plenty of restaurants and bars to choose from, the perfect place to sit down, have a coffee or a glass of wine and enjoy the Italian buzz go by.

Piazza delle Erbe is surrounded by the most beautiful historical buildings (like the magnificent Palazzo Maffei which has a stunning baroque facade) and (clock)towers.

Another eye-catcher is the Fontana dei Madonna Verona, a beautiful fountain with a statue of a Madonna, holding a banner that celebrates the beauty of Verona.

Telling lies under the arch with a whale rib

When walking from the Piazza delle Erbe into the Piazza dei Signori, you’ll have to pass the Arco della Costa, an arch with a whale rib hanging from it (well, some people believe it’s not a rib from a whale but the remains of an ancient dragon!) . The rib is hanging there for more than 1000 years and legend goes that the whale-rib will not fall until a person who had never told a lie walks under it. If this is true, we can be pretty sure the rib will be hanging there forever! In reality, the whale’s rib was a souvenir brought home from the Orient by spice traders.

2. Go to the Piazza dei Signori, say hello to Dante

The Piazza dei Signori is another beautiful place to discover. Again this (small) square is surrounded by monumental building. This used to be the power center of Verona and the location of the former city government and court. Don’t miss the Palazzo del Capitanio with its tower, the 15th century tower hall Loggia del Consiglio and the 14th century Palazzo della Prefettura and the  Palazzo del Governo, which used to be the residence of the Scaligeri family (an nobel family and Lords of Verona, they ruled the city from 1260 till 1387).

The piazza is also called Piazza Dante, because of the large statue of the Italian poet Dante Alighieri that was placed in the middle of the square in 1865.

Climb the stairs of the Torre dei Lamberti to have a view over Verona. The 83-metre-high tower dates back to 1172 and belonged to the powerful family Lamberti (noble families used to build tall ‘tower-residences’ as a symbol of their wealth and power; the higher the tower, the more important the family was).

The tower has two bells: Rengo and Marangona. The Rengo bell was called in case of an attack and told the people from Verona they should arm themselves, the Marangona announced the end of a working day, or when there was a fire. Today the bells still ring when there is a funeral.

If you’re fit enough, you can tackle the more than 300 stairs to the observation deck of the tower (and if you’re not: there’s a lift available). The view over Verona is amazing!

4. Relax, enjoy the Piazza Brà and go to the opera

The impressive Piazza Brà is one of the largest squares in Europe, yet the piazza feels cosy and elegant, thanks to the many bars and restaurants, the historical buildings and palaces, the garden with cedar and pine trees (yes, there’s a garden within the square)  and the view over the majestic Roman arena, located at the end of the square.

Music in the arena

The Roman amphitheater was built in the first century AD and was a great success. The shows and games were famous across Italy. At the time there was room for 30.000 spectators, today the arena can host up to 20.000 people. Famous artists and groups like Pink Floyd, Elton John, Radiohead, Muse and many more have performed in the arena, but the place is of-course most famous for its fantastic opera performances. Especially the Verona opera festival (every year from June to August, since 1913!) should not be missed, even if you’re not that keen on opera’s. Every night there’s a famous opera to enjoy (think: Aida, Madame Butterfly, Nabucco…) and the spectacle is truly amazing.

5. Be romantic, love is all around

Did I already mention you should visit the House of Juliet? The place is filled with love and romance (and tourists), but there is actually a lot of romance in and around Verona. Whether it is a medieval castle, a beautiful baroque church, a fine little Italian restaurant, a cosy hotel…

Verona has so much to offer it’s impossible to cover all the attractions and things to do in one day. It was love at first sight for me. Can’t wait to go back and discover more of this beautiful city. 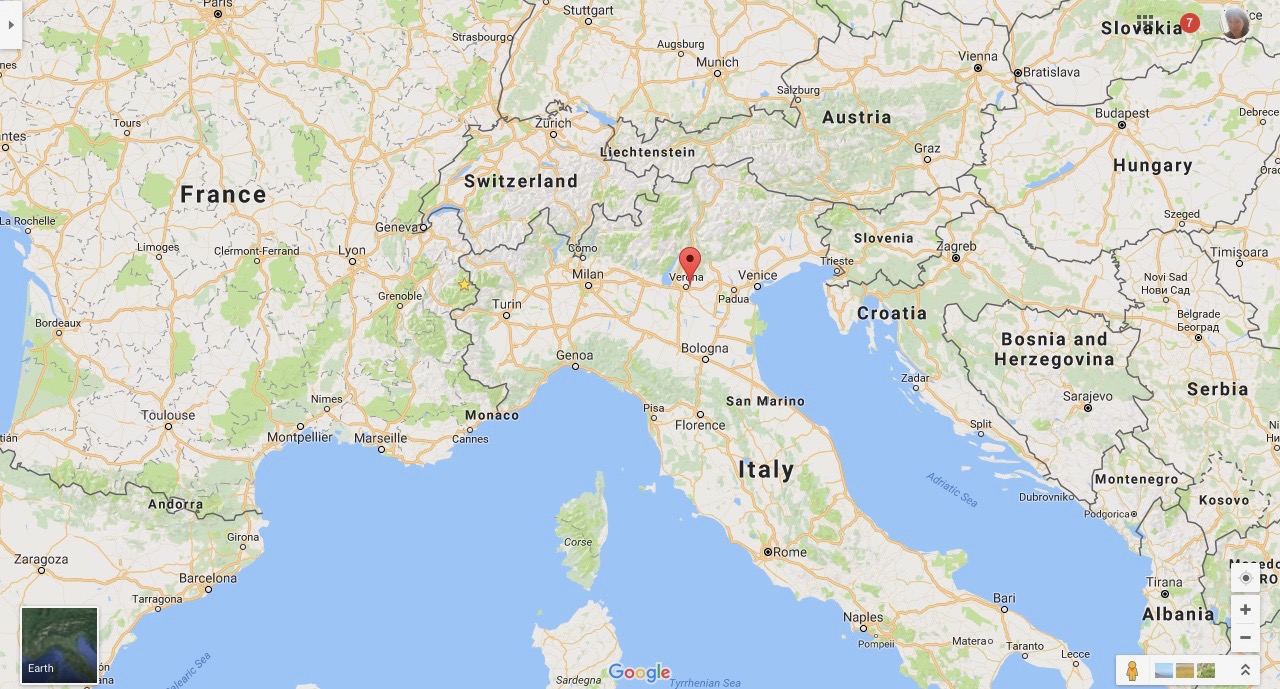